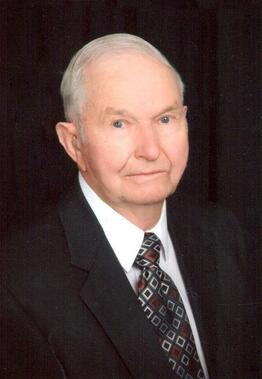 He married J. Genevieve Philson on March 9, 1947 in the First Presbyterian Church in York.

Funeral services will be held 2 p.m., Monday, March 1, 2015 at the First Presbyterian Church in York, with Pastor Mike Eickhoff officiating. Visitation will be held Saturday and Sunday from 1-9 p.m., with his family greeting friends from 3-5 p.m., Sunday afternoon at the mortuary. Interment is in the Bethesda Lutheran Cemetery on Highway 34 west of York.

Memorials may be made to Bethesda Lutheran Cemetery, First Presbyterian Church, or York Senior Center. ​​