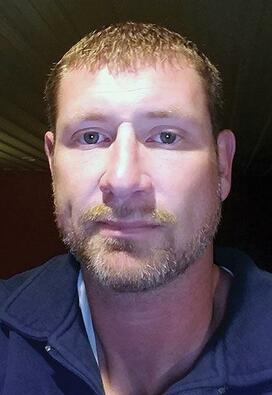 He was employed at Just-in-Time Construction. Dustin was married to Tara Sydow on April 4, 2014 at Kearney.  He loved to play cards, was a big sports fan, and was an amateur boxer. He was a people person and was always ready to lend a helping hand.

Dustin is survived by his wife, Tara of Kearney; son, Kaden Hedrick of Kearney; step-daughter, Lillian Wiese of Kearney; step-sons, Noah Wiese and William Wiese both of Kearney; daughters, Kenadie Hedrick from Iowa and Riann Hedrick; mother, Pamela Hickman of Aurora; sister, Stephanie (Brandon) Wessels of Clay Center and other relatives and friends. Dustin was preceded in death by his father.