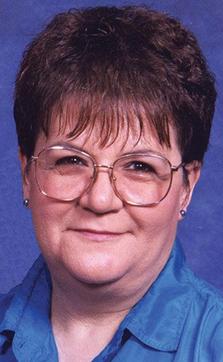 Dorthy ‘Dot’ R. Jose, age 71, of York, died Saturday, Dec. 23, 2017 at York. She was born Aug. 22, 1946 in York to Howard ‘Tom’ and Ellen Gnauden and was raised in Bradshaw. Dorthy was married in 1962 to Robert E. Rhoads, and to this union Larry and Ron Rhoads were born. Dorthy was later married to Jim Jose in 1984 at her family home.
Dorthy is survived by her husband, Jim Jose of York; son, Ron (Christy) Rhoads of Columbus; brother, Howard ‘Tom’ (Joan) Gnauden of Morgan Hill, Calif.; sister, Barbara (Clyde) Kennel of Arborville; step-son and step-daughter, Rick Jose and Pam Koelzer both of Lincoln. She is also survived by her brother-in-law, John Weldon of York; brother and sister-in-law, Stan (Kathryn) Jose of Tucson, Ariz.; nine grandchildren; seven great-grandchildren with two on the way, along with several cousins, and a host of friends.
She is preceded in death by her parents; son, Larry; sisters, Edna Weldon and Marybelle Gnauden and brother Elmer Gnauden.
Memorial services will be held at 10 a.m., Saturday, Jan. 20, 2018 at the Metz Chapel in York with the Reverend Jeffrey Bloom officiating. The family will greet friends one hour prior to services at the mortuary. Private family inurnment will be held at a later date. Cremation, No Viewing or Visitation. Memorials may be directed to the St. Jude Children’s Hospital or to the Make-A-Wish Foundation.
Metz Mortuary in York is handling arrangements.
​
Condolences may be emailed to Metz Mortuary Messages will be given to the family.
Find our featured Mortuary in Family Services, Funeral Services and Grievance Services featured as a York, Nebraska Business in York Marketplace.
Location: Metz Mortuary | 109 South Lincoln Ave | York, Nebraska 68467 | Phone: 402-362-3351