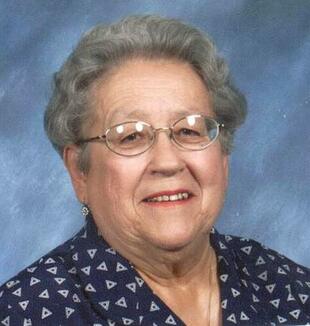 She was born Jan. 9, 1926 at Walnut, Iowa to Alvin and Leona (Lebeck) Greenwood. She was united in marriage to Victor I. Johnson on Feb. 23, 1947. The union was blessed with five children. Dorothy was a member of the First Presbyterian Church in York, Presbyterian Women and was an Elder and a Deacon.

She was a 4-H leader and an avid ‘Husker’ fan. She enjoyed needlework, reading, Pinochle, and square dancing.  She loved to bake and her goodies, especially her rolls, were family favorites. Dorothy’s family was important to her and they brought great joy to her life.

Memorial services will be at 10 a.m., Monday, Aug. 29, 2016 at First Presbyterian Church in York with the Reverend Mike Eickhoff officiating. Inurnment will be in the Bethesda Lutheran Cemetery west of York. The family will greet friends Sunday evening from 6:30 – 8 p.m. at the mortuary.

Memorials may be directed to the Presbyterian Memorial Foundation or the Bethesda Lutheran Cemetery Association.​