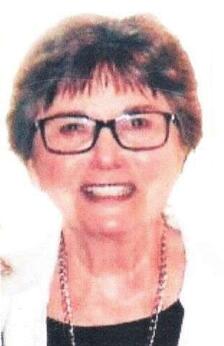 She was born Oct. 11, 1925 to Orville and Ada (Jordan) Parks in Page. On March 29, 1941, she was united in marriage to John Stahr Jr. at Belleville, Kan. Donna and her husband farmed and raised livestock in York County and were very active in their community. She was a member of Emmanuel Lutheran Church, York.

Donna was devoted to her family and enjoyed spending time with them. When she moved to her retirement community, Sierra Pointe in Scottsdale, she volunteered as Librarian and the Resident Service Committee for several years. She loved painting, making Christmas ornaments and quilting. Donna loved to play cards with friends and neighbors and to travel. She and John were fortunate to travel throughout most of the United States and Canada, as well as, visiting Australia and other South Pacific Countries, the Continent of Europe, Russia and the Arctic Circle.

She was preceded in death by her parents; husband, John in 2008; daughter-in-law, Rosemary; two sisters, Twila Rabe and Gloria Myers and brother Gene Parks.

Funeral services will be held at 10 a.m., Friday, Aug. 12, 2016 at the Metz Chapel in York with the Reverend Ben Kaiser officiating. Burial will follow at Greenwood Cemetery in York. Memorials may be directed to the family for later designation. Visitation will be from 2-9 p.m., Thursday at the mortuary with the family greeting friends from 6:30 – 8 p.m. that evening.​