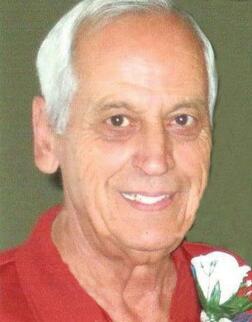 He was born May 31, 1943 in Los Angeles, Calif. to Kenneth and Gladys (Tyllee) Tonniges. He was married to Marilyn Gruber on April 25, 1964 in Gresham. Don was an insurance representative and worked statewide and in the Gresham area. He was a member of St. Peter’s Lutheran Church in Gresham.

Survivors include his wife, Marilyn “Mary” of Gresham; son, Todd Tonniges and his wife Stephanie of Fort Calhoun; sister, Joyce Huebner and her husband Gene of Omaha; brother-in-law, Aaron Gruber of Gresham; aunts, Ann Tonniges of Gresham, Elaine Tonniges of York and Betty Tyllee from California; nieces, nephews and a host of friends. Don was preceded in death by his parents.

Funeral services will be held at 10 a.m., Saturday, Oct. 3, 2015 at St. Peter’s Lutheran Church, Gresham. Interment will follow in the church cemetery. Closed casket visitation will be one hour prior to the service at the church. Memorials may be directed to the family for later designation.​