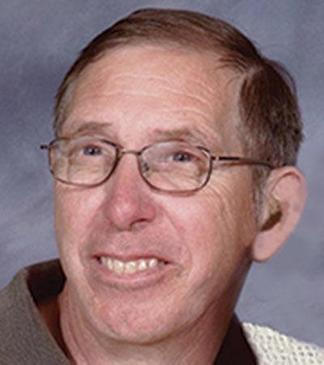 Donald Thomas Rush Jr., age 64, of York, died Saturday, March 17, 2018 at Fairmont.
He was born on March 18, 1953 to Donald Thomas and Ida Elizabeth (Bouska) Rush Sr. at Hastings. He graduated from Shickley High School and then became a member of the United States Army. While serving for the Army in Germany, Don met a young lady by the name of Liz Pflaumer. After three months of meeting, Don brought roses to Liz and proposed to her. Liz did not speak English at the time and called a friend to translate what Don was saying. On Sept. 15, 1989 they were united in marriage at Schwabach, Germany.
Don and Liz returned to America and Don worked as an auto mechanic at Metro Community College in Omaha for one year, and later worked at Epworth Village in York for 20 years in maintenance. Don was a member of the First United Methodist Church in York, where he was very involved in many committees. He was also a member of the American Legion Bolton Post #19. He enjoyed crosswords, Sudoku puzzles, Husker football, and watching Hallmark movies with Liz. Don was a hard worker and a wonderful husband and father. He also loved his two dogs: Blue and Shadow.
He is survived by his wife, Liz of York; son, Kevin Rush of San Diego, Calif.; stepson, Ricki Pflaumer of Schwabach, Germany; brothers, James “JC” Rush and William “Joe” (Valerie) Rush all of Lincoln; sisters, Rose (Gary) Johnson of Lincoln and Cheryl Marget of Fairmont; many nieces, nephews and his extended family in Germany which include brothers-in-law, Klaus (Renate) Pflaumer, Wolfgang Pflaumer and Walter Pflaumer and sister-in-law, Christa Pruy.
He was preceded in death by his parents Ida and Donald Sr.
Memorial services are scheduled for 10 a.m., Saturday, March 31, 2018 at the First United Methodist Church in York with the Reverend Art Phillips officiating. Inurnment with Full Military Honors will follow at Greenwood Cemetery, York. Cremation. No Viewing or Visitation. Memorials may be directed to the family for later designation.
Metz Mortuary, York is handling arrangements.