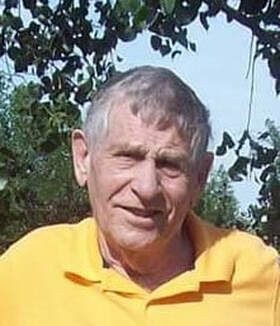 Donald LeRoy Radcliff, age 85 of York, NE died Wednesday, December 19, 2018, at his home surrounded by family. He was born December 28, 1932 to Samuel Marion and Mary (Kalous) Radcliff at Charleston, NE (Rural York County). He was a graduate of York High School and served his country as a member of the United States Army from March 24, 1953 to March 23, 1955, in Italy, during the Korean Conflict.

Don was united in marriage to Geraldine Coon on September 19, 1953 in York.  Don owned Radcliff Paint and Wallpaper and took great pride in his work.  He also drove truck and sold appliances.  He was a member of the First Presbyterian Church, York and a member of the American Legion VFW Bolton Post #19, York.  He enjoyed the outdoors (especially fishing, gardening, and landscaping) and playing poker and pitch.  Most of all, he loved his family and spending time with them.

He was preceded in death by his parents, sisters: Ethel Cook, Virgie Christiansen, Lorna Wiens,  Cecile Allen, and a sister in infancy, brothers: Joe, Darrel, and Dean Radcliff.

Funeral services are scheduled for 10:00 am, Friday, December 28, 2018 at the First Presbyterian Church, York with the Reverend Dr. Michael Eickhoff officiating. Interment with military honors will follow in Greenwood Cemetery, York.  No visitation. Memorials may be directed to the American Kidney Association.