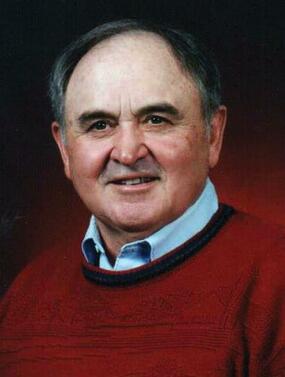 Donald Dell Peters was born on June 27, 1937, to Theodore C. and Alice Sara Doell Peters on a farm south of Henderson.

He had three siblings, Vera, Robert and Theodore “Teddy”.

He died peacefully with his family surrounding him at the Henderson Hospital on Sept. 21, 2016 at the age of 79 after nearly 11 years of battling cancer.

Don received his primary education at District 31 south of Henderson. Following this, he went to Bible School at the Bethesda Church in Henderson prior to completing high school at Henderson Community Schools and graduating in 1956. In 1960, he graduated from Bethel College, North Newton, Kan., with a degree in Music Education. He received his Masters degree in Music Education from The University of Oklahoma, Norman, Okla. With his beautiful tenor voice, he had leads in all the operas at Bethel College and The University of Oklahoma.

Church activities and his church family were very important to him. Upon his confession of faith, he was baptized May 29, 1955. He served as the Chancel Choir director for 43 years at Bethesda Mennonite Church and enjoyed every minute of it.

Don married Virginia Ann Friesen on May 27, 1958, at the Bethesda Mennonite Church. To this union were born two children: Rebecca Joanne and Michael Conrad. Don loved his family very much and was a wonderful husband and father and later, grandfather.

In August of 1960, Don and Virginia, with infant Becky, moved to Reedley, Calif. for Don’s two years of alternate service at Kingsview Hospital. He did occupational activities with the patients at the mental hospital. In August of 1962, with Becky and her infant brother, Mike, the family moved to Norman, Okla. to begin his Masters Degree.

When Don was nearly finished with his classwork at the University of Oklahoma, he was hired by the Henderson Community Schools where he taught vocal music from fall 1963 until spring 1976. After teaching for this period of time, Don and his friend, Rod Drews, built and operated the Henderson Meat Processors north of Henderson until 1984. In that year they sold HMP and Don was re-hired to his “old” job as music teacher until he retired in 1997.

Don was a faithful member of The American Choral Directors Association, serving as president for one year. In 2004, he was the second recipient of the Cornell Runestad Award for Lifetime Dedication to Choral Excellence in Nebraska.

Following retirement, Don and Virginia were fortunate to enjoy many trips and cruises together. More than anything, he loved spending time with his family, attending grandchildren’s activities and hosting family and friends.

Don was a man of many interests and hobbies:  music, swimming, basketball, baseball (especially cheering for the NY Yankees and KC Royals in addition to playing semi-private for York in the Corn husker League), football and volleyball (especially the Heartland Huskies and the Nebraska Cornhuskers), fishing, golfing, hunting, woodworking, welding, helping his daughter and son-in-law with harvest, reading and entertaining many with his jokes and story-telling. Don never complained or asked “why me” as one by one he lost the many joys he had in life. He often said, “No one gets out of this world alive!”

The family wishes to thank Pastor Jim, Pastor Seth, Pastor Andrea and the Bethesda Church community for the many acts of kindness, care and prayer for Don. Thank you, also, to all the doctors and nurses who cared for Don during his 11-year difficult battle.

He was preceded in death by his parents; brother, Theodore “Teddy” and brother, Robert D. Peters and his wife’s parents.