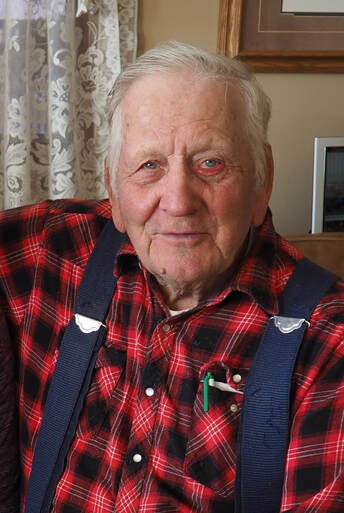 Donald William Hughes, age 91 of Stromsburg, died Sunday, October 9, 2022 at his home in rural Stromsburg. He was born on January 16, 1931 to Archie and Ruby (Nordstrom) Hughes on the Stromsburg family farm. On December 19, 1958 he was united in marriage to Edna Mae Willhoft in Geneva, NE.

Donald was a lifelong farmer and absolutely loved farming, working hard and harvest was his favorite time of the year. He loved his cows, dogs and other animals on the farm, and thoroughly enjoyed going to farm auctions. He loved John Deere tractors and was an avid collector of old ones. Donald proudly served his country in the United States Army during the Korean Conflict.

He was preceded in death by his parents, daughter Julie Hughes, and brother Ralph.

Graveside services with military honors are scheduled for 10:30 a.m., Friday, October 14, 2022 at Stromsburg Cemetery, Stromsburg, NE.  Visitation will be held from 1-8 p.m., Thursday, October 13, with the family greeting friends from 6-7:30 p.m., all at Metz Mortuary in York. In lieu of flowers and plants, memorials may be directed to the family for later designation.
​
​Condolences may be emailed to Metz Mortuary Messages will be given to the family.
Find our featured Mortuary in Family Services, Funeral Services and Grievance Services featured as a York, Nebraska Business in York Marketplace.
Location: Metz Mortuary | 109 South Lincoln Ave | York, Nebraska 68467 | Phone: 402-362-3351