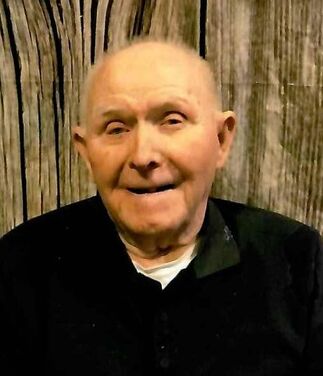 Donald Gaylord Hudson died on September 22, 2021, at the age of 92, at York General Hearthstone, where he had resided for the last six and a half years.

Don of Stromsburg, NE was born March 16, 1929 at Philip, SD, to Gaylord and Marie (Marrington) Hudson. He grew up on the family ranch north of Midland, SD. He attended Markwed School in rural Haakin County through 8th grade and graduated from Pierre High School in 1947. Following graduation, he worked on the family ranch until he was drafted into the United States Marine Corps in November of 1951. Don was stationed in San Diego, CA, where he served active duty until November of 1953. He continued to serve his country as a Marine reservist until November 1959. He was awarded the National Defense Service Medal.

While stationed in San Diego, Don met the love of his life, Sharon Agsten. They were married in San Diego on June 20, 1953. After completing his active service duty, he and Sharon remained in San Diego for a short time before moving to Polk, NE, in 1954 to farm. Don was a longtime farmer and cattleman in the Polk and Stromsburg areas.

Don was a member of the Polk United Methodist Church. He was a member of Masonic Lodge No. 126 of Stromsburg, NE and in February, 2021 he received his 60-year Mason's pin.

In his retirement years, Don enjoyed collecting toy tractors and checking up on all the farming activities in the area.  He was devoted to his wife, his children, caring for his land, his church, and his community.  He was very proud of his children, grandchildren, and great-grandchildren.

​He was preceded in death by his parents, wife, sisters Jean Keffeler and Doris Hudson and brothers-in-law Marvin Keffeler and Larry Schenkel.
​
Private family services will be held Monday, September 27, 2021. Public Graveside services will then be held at 4:00 p.m. at the Polk Cemetery near Polk with military honors provided by the Polk American Legion Post 160. Public visitation will be held from 1-8 p.m. on Sunday with the family greeting friends from 3-5 p.m. that afternoon at the mortuary. Memorials may be sent to his family for later designation.
​
Condolences may be emailed to Metz Mortuary Messages will be given to the family.
Find our featured Mortuary in Family Services, Funeral Services and Grievance Services featured as a York, Nebraska Business in York Marketplace.
Location: Metz Mortuary | 109 South Lincoln Ave | York, Nebraska 68467 | Phone: 402-362-3351