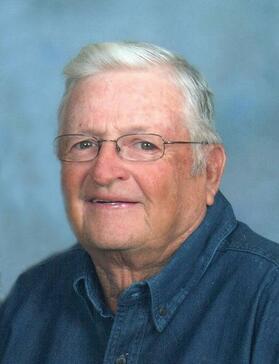 He was born Feb. 17, 1939 in York, to William L. and Irene (Samson) Neville. He was married to Susan Schmidt on Feb. 6, 1971. This union was blessed with three wonderful children, two sons, Jason and Tim and one daughter Shannon.

Don graduated from St. Joe High school with the proud class of ‘57, and then attended Kearney State College. He then served in the US Army from 1961-1964 during the Cuban Missile Crisis. Don’s greatest honor was being chosen from his platoon to be an honor guard at our late President Kennedy’s funeral, and receiving personal recognition from Jackie Kennedy.

When he returned home he was a heavy machine operator helping build the Red Willow Dam. He then began AAA Construction with his brother Jack. In 1968 he began Neville Construction where he remained until his retirement due to his long battle with diabetes. He was also a lifelong farmer and cattleman. He was a member of St Patrick’s Catholic Church and the McCool Legion.

A Mass of Christian burial will be held 1 p.m., Thursday, May 7, 2015 at St Joseph Catholic Church in York with Father Dennis Hunt officiating. A Rosary service will be held at 7:30 p.m., Wednesday evening at the Metz Chapel in York. Burial will be in the McCool Cemetery northwest of McCool Junction. Visitation begins at noon on Tuesday until 9 p.m., and then again on Wednesday from 9 a.m. – 9 p.m. at the mortuary. Memorials may be sent to the family for later designation. Business casual attire is requested.   ​