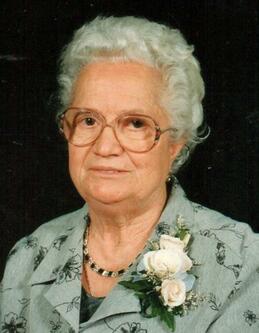 She was born on Aug. 4, 1925 in Lupara, Italy to Luigi and Maria (Tudino) Colabello. Nicolina was united in marriage to Ernesto Sozio on Aug. 2, 1953 in Lupara, Italy. She was a chef at the Blue Parrott Restaurant in Louisville, Colo. from 1963-1971. She then worked at Pasquale’s Pizzaria until retirement. She was well known for  her cooking, especially her sausage rolls.

A Rosary Service will be held at 6:30 p.m., Wednesday, May 20, 2015 at St. Joseph Catholic Church in York. Visitation will be from 1-4 p.m. Wednesday at the mortuary with the family greeting friends at the church following the Rosary. Funeral services will be at St. Louis Catholic Church in Louisville, Colo. at 1 p.m. on Friday, May 22, 2015 with interment in the Louisville Cemetery. In lieu of flowers, memorials may be directed to Asercare Hospice in York.  ​