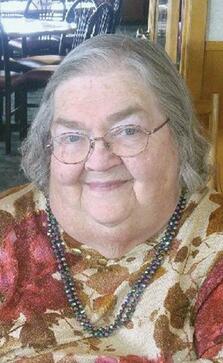 She is survived by her children Debra Sprouse of Lincoln, Mark (Elaine) Swanson of Omaha and Amy (Merle) Wright of York; grandchildren, Will Sprouse of Lincoln, Emilee Jeratowski of Lincoln, Eric Swanson of Omaha, Mason, Tyler, and Megan Wright, all of York; great-grandchildren Maranda and Jaiden Jeratowski. She is also survived by her brother, Maurice (June) Sapp of Grand Island; sister, Phyllis Speidel of Lincoln; step-grandchildren Tiara Boyd and Melissa Boyd of Omaha, and their children, along with many nieces, nephews, and a host of friends.
​
She was preceded in death by her parents; husband, Don; son-in-law, Bill; and her brother-in-law, Bill.
Private family graveside services will be held in Greenwood Cemetery, York with the Reverend John Ewton officiating. No viewing or visitation. There will be a time of fellowship with the family at 3 p.m., Monday, Oct. 2, 2017 at the First United Methodist Church in York. Memorials may be directed to the family for later charitable projects.