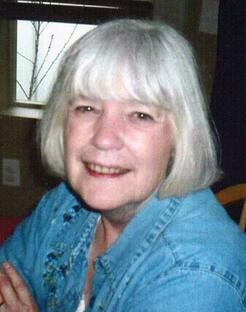 She was united in marriage to Stanley Gene Moore on Aug. 25, 1963 at York. The union was blessed with two daughters, Stephanie and Dulcie.

Diane was presently retired but had worked at Epworth Village for 15 years in the laundry/kitchen. She loved children and made many friendships with the kids and staff at Epworth.

Diane seemed to know everyone in town and always saw the positive side of everyone and every situation. She was a hard worker and put everyone else’s needs before her own. Diane was a big time music fan and had written several songs that were recorded in Nashville and locally. She enjoyed collecting and had many different collections.She enjoyed serving others, delivered meals on wheels, and loved nature and flowers. She was a dedicated wife, mother and grandmother and will be deeply missed.

Diane is also survived by her brother, Richard Lewis and his wife Sherry of Loveland, Colo.; sister, Deb and her husband Dale Sloan of York; nieces, nephews, brothers and sisters-in-law and other relatives and friends. Also left behind were two beloved dogs, Sookie and Frankie and one cat, Lucky.

Diane was preceded in death by her parents and great-niece, Katie Albee.

Funeral services will be held at 2 p.m., Saturday, Jan. 31, 2015 at the Metz Chapel in York with burial following at York’s Greenwood Cemetery.  Visitation will be from 1-9 p.m. Thursday and from 9 a.m.-9 p.m., Friday, at the mortuary with the family greeting friends from 6:30-8:30 p.m. Friday evening.  Memorials may be directed to the family for later designation.  ​