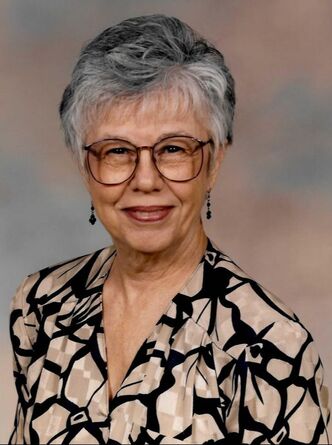 Delores (Dee) Townsend, age 94, of York, Nebraska passed away peacefully Sunday, November 20, 2022, at the York General Hearthstone.  Dee was born October 18, 1928, to Ben and Edna (Hust) Schwab in Sutton, Nebraska.  She graduated from Sutton High School in 1945 and then attended Kearney State College.  After attending college, she moved to York, Nebraska.  On January 3, 1948, Dee was united in marriage to Loren Townsend.  To this union were born a daughter, Barbara, and sons, Robert (Bobby) and Steven.

Dee retired from the Nebraska Correctional Center for Women in 1991 after twenty plus years of service.  She then worked part-time at Hamilton Sundstrand for thirteen years as a security guard.  She was a member of York Drove Does #7 and served as an officer for five years.  She was also a member of the First United Methodist Church.  Dee enjoyed bowling, golf, and tennis.  Most of all, she loved to dance and listen to music.

She was preceded in death by son, Robert (Bobby) Townsend; father of her children, Loren Townsend; parents, Ben and Edna Schwab; and sisters, Mary Urbach and LaVon Rasmussen.

Private graveside services will be held at a later date at Greenwood Cemetery in York.  Memorials may be directed to the family for later designation.

​Condolences may be emailed to Metz Mortuary Messages will be given to the family.

When I come to the end of my journey
And I travel my last weary mile
Just forget if you can, that I ever frowned
And remember only the smile

Forget that I’ve stumbled and blundered
And sometimes fell by the way
Remember I have fought some hard battles
And won, ere the close of the day