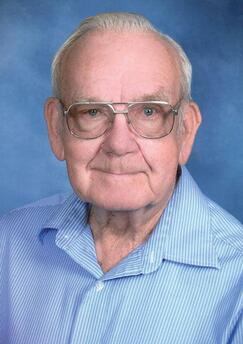 He was born May 24, 1933 in Arborville to Edson and Fledia (Bellows) Wilcox. Dean worked for Standard Brands, York Packing Co. and 22 years at Champion Home Builders in York. While working at Champion, it was his honor to raise the American flag every day. He also had numerous mowing jobs around York. Dean was a member of St. Joseph Catholic Church in York.

He considered it an honor being Catholic and it influenced his decisions throughout his life. Dean was married to Barbara Ann Woodard on April 18, 1959 at Lincoln. The union was blessed with two children, Robert and Elaine. Dean was a loving husband, father, and grandfather and will be missed by all who knew him.

Dean was preceded in death by his parents; wife, Barbara and sisters-in-law, Cynthia Wilcox and Nedra Wilcox.

A Mass of Christian Burial will be held at 10 a.m., Tuesday, April 19, 2016 St. Joseph Catholic Church in York with The Reverend Monsignor James Reinert and Father Ken Borowiak officiating. Interment will be in Greenwood Cemetery in York. A Rosary service will be held Monday evening at the mortuary at 6:30 p.m. Visitation will be from 1-9 p.m. Sunday and from 9 a.m. - 9 p.m. Monday. The family will greet friends following the Rosary. In lieu of flowers, memorials may be directed to the family for later designation. ​