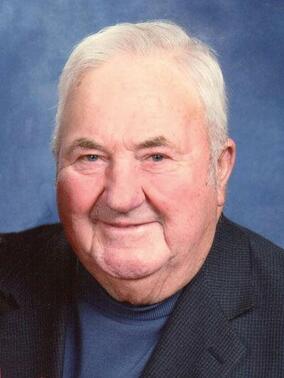 He was united in marriage to Wilma Jean Dumpert on Oct. 15, 1954. The union was blessed with two sons and two daughters.

Until his retirement, Dean had farmed in the York area. He was a lifelong active member of Emmanuel Lutheran Church in York where he was a past elder, Sunday school teacher, and held numerous other offices over the years. He was also a member of the Lutheran Layman’s League. Dean belonged to the York and Hamilton Counties Cattleman’s Association and served for several years on the Bradshaw School Board.

Funeral services will be held at 10 a.m. on Thursday, Jan. 14, 2016 at Emmanuel Lutheran Church in York with the Reverends Mike Neidow and Ben Kaiser officiating. Interment will be in York’s Greenwood Cemetery.

Visitation will be from 1-9 p.m. on Tuesday and from 9 a.m. - 9 p.m. on Wednesday with the family greeting friends and relatives from 6-8 p.m. Wednesday evening.

In lieu of flowers and plants memorials may be directed to the Lutheran Hour, Mission Central c/o Gary Theis or the donor’s choice. ​