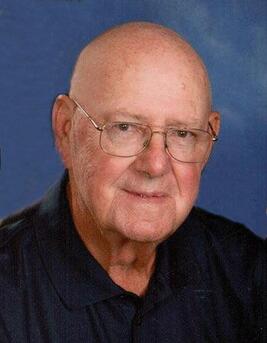 He was born Feb. 22, 1938 in Lincoln to Edward and Ruth (Bagley) Wilhelm. Following high school he served in the United States Army for two years. He received his college degrees in pharmacy and medicine at UNMC where he was inducted into the Alpha Omega Alpha Honor Medical Society. He practiced radiology in Central Nebraska until his retirement in 1994.  He was united in marriage to Arline M. Stommes on June 4, 1966 in St. Cloud, Minn. He enjoyed golfing, fishing, traveling, and spending time with family and friends.

Survivors include his wife, Arline of York; daughters, Dr. Jennifer Boon and her husband Dr. Doug Boon of Grand Island, Nikki and husband Jeff Sleddens of Lincoln and Michelle and husband Andy Moses of Lincoln; grandchildren, Erin, Nathan and Alex Boon of Grand Island, Will and Quin Sleddens and Mollie and Bennett Moses of Lincoln. Also surviving is a sister, Darlene and husband Mike Miller of Ft. Calhoun; brother-in-law, Ron Wise of Lincoln; nieces, nephews and friends. He was preceded in death by his parents and his sister, Karen Wise.

A Mass of Christian Burial will be held at 1 p.m. Saturday, July 25, 2015 at St. Joseph Catholic Church in York with the Reverend Monsignor James Reinert officiating. Cremation will take place following the service and private family inurnment will be held at a later date.

Visitation will be noon – 9 p.m. on Thursday and from 9 a.m. – 9 p.m. Friday at the mortuary with the family present to greet friends from 6:30 – 8 p.m. on Friday. In lieu of flowers memorials may be directed to St. Joseph Catholic Church or the American Cancer Society.  ​