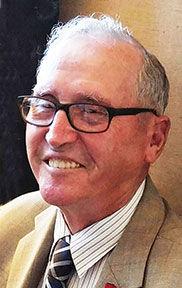 He was born Oct. 9, 1931 to Dietrich C. Quiring and Katherine (Buller) Quiring in Henderson. Upon David’s confession of faith in Jesus Christ, he was baptized in June of 1949 by the Reverend Arnold Nickle at Bethesda Mennonite Church.

On Nov. 12, 1952 David was married to Lavina Regier and to this union two sons were born, Galen and Randall. David worked for 1W service in Denver, Colo. at the General Rose Hospital from 1953 – 1955 and then returned to farm in Henderson until the day of his death.

However, his biggest passion was in spreading the Gospel of Jesus Christ. He volunteered much of his time to missionaries and mission efforts around the world. David was involved with the Bethesda Mennonite Church in several different capacities often serving as Treasurer. He was also involved in the inception of the 10th man program and taught Sunday School for many years.

David is survived by his wife, Lavina of Henderson; sons, Galen (Judy) Quiring and Randall (Anne) Quiring both of Lincoln; grandchildren, Nicholas Quiring of Doniphan, Chelsea (Kevin) Clark of Lincoln, Carissa Quiring of Kansas City and Ryan and Rachael Quiring of Lincoln; great-grandsons, Tycen and Taylon and one great-granddaughter, Jazarah. He is also survived by his sister Katherine (Marvin) Siebert; sister-in-law, Esther Quiring and brother-in-law, Pete (Eleanor) Regier, along with numerous nieces and nephews.

Graveside services will be held at the Mennonite (Buller) Cemetery in Henderson at 1:30 p.m. with Memorial services following at 2:30 p.m. Friday, Sept. 2, 2016 at the Bethesda Mennonite Church in Henderson. Visitation will be Thursday Sept. 1, 2016 from 1 - 9 p.m. with the family greeting friends between 7 – 9 p.m. at the mortuary in Henderson. Memorials may be directed to Day Spring Ministries.​