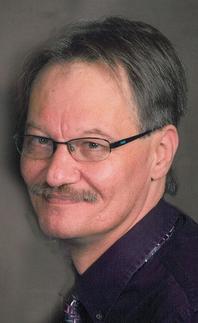 David M. Heins, age 52, of Henderson, died Sunday, Nov. 12, 2017 at Henderson.
He was born Feb. 23, 1965 at York to John Keith and Wanda (Budnick) Heins and was a member of Emmanuel Lutheran Church in York. David was a hotel auditor
On Aug. 18, 2009 he was married to Reesa Real at York.
He is survived by his wife Reesa of Henderson; his step-children including, Autumn, Austin, Audra and Audric Bulin. Also surviving is his mother and step-father, Wanda and Lavern Wimer of York; his brother, Brad Heins of York and his sister, Pat (Rich) Brockevelt of Marquette and a sister-in-law, Donna Heins of York along with many aunts, uncles, nieces, nephews and a host of other family members.
He was preceded in death by his father, John Keith Heins and his brother, James Heins.
Memorial services are scheduled for 10 a.m., Tuesday, Nov. 21, 2017 at Emmanuel Lutheran Church in York with the Reverend Ben Kaiser officiating. David has been cremated so there will be no viewing or visitation. Private family inurnment at a later time. Memorials may be directed to the family.