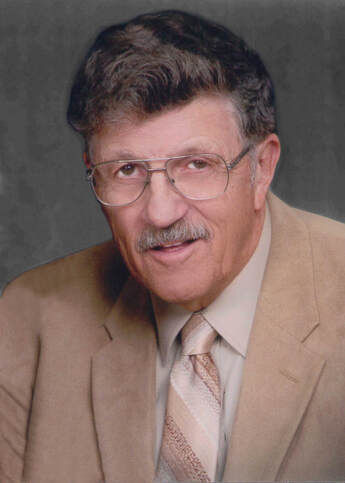 Davis (Dave) Warren Dickerson was born on August 24, 1939 in Madison, Wisconsin to Gordon & Myra (Warren) Dickerson, the third of four boys. He passed away on Wednesday, November 16, 2022, at Ashland, Nebraska.

Dave was active in Boy Scouts from a young age, achieving the rank of Life Scout. He attended the 1953 National Jamboree in Irvine CA.

​Dave graduated from Washington High School in Fremont, California. He was elected class president his freshman and sophomore years, and was active in basketball, swimming and water polo and was awarded the Bank of America Math & Science Award.

Dave worked on his grandparents’ farms in Bloomingdale, Michigan during summer breaks where his grandfather established Michigan’s first certified corn called Dickerson’s Ups & Downs. It was that experience and his father’s career in animal science teaching & research that spurred his life’s passion for agriculture. After earning a Bachelor of Science degree from University of California, Davis in agricultural science, he married Linda Louise Weber on June 18, 1961.

Dave talked his new wife Linda into serving in the new Peace Corps starting in 1962. Dave and Linda created a research and demonstration farm and medical clinic serving the native Indian population near Lake Titicaca in Peru at 12,500 feet altitude.

Following their Peace Corps adventure, Dave returned to earn a Master’s degree at UC Davis in Education with a focus on Animal Science, Soils, Range Management and Agronomy.

Dave started his career in land-grant university Cooperative Extension service in Erie, PA. He was then promoted to be Extension Unit Leader for Shelby County, IA, where he led programming for 600 4-Hers, formed the first Shelby County pork & beef producer groups and proposed a county-wide water system that was installed to provide safe drinking water for farm families.

While that is how he made a living, that is not how Dave is remembered. He understood the importance of giving back to the community, especially to youth. While in Harlan IA, he actively volunteered on the City Parks & Rec Board to create seven baseball diamonds that serve the community to this day.

In York, Dave renewed his involvement with Boy Scouts, serving 35 years as chairman for Troop 174. It was a point of pride for him that the troop nurtured 86 Eagle Scouts, many times the national average for a troop of that size.

Dave was a York Lions Club member for over 40 years, serving as President three times. He was active in church wherever he lived, most recently since 1976 at First Presbyterian Church of York where he served on the Board of Trustees, Session and as a Youth Group Leader.

Never one to shy from a challenge, Dave served as one of the founding, self-taught coaches for York’s first soccer teams.  And in "retirement", Dave added a new service activity, serving 15 years as volunteer member of the York County Drug & Alcohol Task Force.

A celebration of Dave's life will be held at First Presbyterian Church of York on Monday, Nov 21st at 10 am with an opportunity to share memories of Dave, with fellowship lunch to follow.  Graveside service at Greenwood Cemetery in York at 2 pm. Dave's service will be livestreamed at: www.youtube.com/channel/UCl1ffBwglpCqu7nKkx42SzQ.


Visitation will be held on Sunday from 1-8 pm, with family greeting friends from 2-4 pm at the mortuary.
​
​Condolences may be emailed to Metz Mortuary Messages will be given to the family.
Find our featured Mortuary in Family Services, Funeral Services and Grievance Services featured as a York, Nebraska Business in York Marketplace.
Location: Metz Mortuary | 109 South Lincoln Ave | York, Nebraska 68467 | Phone: 402-362-3351