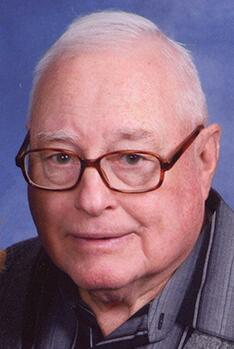 Daryl David Watson, age 70, of York, died, Monday, July 31, 2017 at York with his family by his side.
Daryl was born Dec. 2, 1946 to David Issac, and Irma Mercedes (Kohn) Watson in York. He was baptized April 6, 1947. Daryl grew up on the family farm southwest of Benedict, and lived there until his passing. He attended school at Benedict Consolidated and graduated in 1965. He joined the Air Guards in Lincoln from 1965-1971, and served as a fireman for the guards.

He worked at Safeway stores until it closed. He then farmed, and especially enjoyed it, until his health required him to quit. He was a custodian for York Public Schools and held a part time job for CVA.

He loved attending his grandchildren’s activities and always bragged about his family. He always had a sense of humor and loved to laugh and play cards.

He is survived by his wife, Linda Watson of Benedict; daughter, Stacy (Jon) Pieper of York; sons, Kirt (Mykelin) Watson of Giltner and Adam Watson of York. Daryl is also survived by his grandchildren, Katilyn and Shelbi Pieper of York and Karter and Sydni Watson, of Giltner; his brother, Harry (Mary) Watson, of Lincoln; sister, Judy Hewitt of Oregon; brother-in-law, Randy (Deb) Conard of York; aunt, Jo Bittinger of Benedict along with many nieces, nephews, cousins and a huge host of friends.

Daryl is preceded in death by his parents; brother-in-law, Ken Hewitt and parents-in-law, Elmer (LaVon) Rathje and infant brother-in-law, Terry Rathje.
​
Funeral services will be held at 10 a.m., Friday, Aug. 4, 2017 at Emmanuel Lutheran Church, with the Reverend Mike Neidow officiating. Burial will follow at the Greenwood Cemetery in York with full military honors. Visitation will be held from 1 – 8 p.m. Thursday, Aug. 3, 2017, with the family greeting friends from 6 – 7:30 p.m., that evening at the mortuary. Memorials may be directed to the family for later designation.