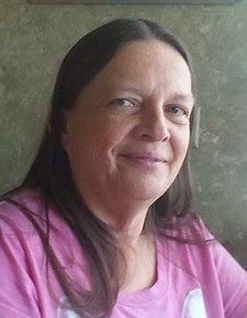 She was baptized on Oct. 2, 1960 and confirmed at the Zion Lutheran Church at Thayer.
Darlene volunteered much of her time at Blue Valley sorting cards. She loved cats and enjoyed going to garage sales. She had an amazing sense of humor and especially enjoyed spending time with her family. She also enjoyed collecting numerous items, especially salt and pepper shakers and antiques.

Darlene is survived by her children, Bambi Junge and her fiancé Jeff Timmermans of Grafton, and their children Laura and Grace Splinter; Miranda (Brad) Johnson of Lincoln, and their children Morgan, Jaxson, Brooklyn, and Austyn Johnson, Kyle Gulley, and Kayden Miller, Brandon (Jillian) Junge of York and their children Raechal, Renae, Craeton, and Caera, and Katelin (Dustan) Friesen of Lincoln. She is also survived by her half-sister Deanna Peterson of Grand Island, half-brother Kenneth Peterson of Georgia, brother Duane Legband of Benedict, and sister Mary Thoman of York. She had many friends that were dear to her heart, several that helped her these last months of her life.

She was preceded in death by her parents, grandson Oliver Friesen, half-sister Betty Rupp, and brother Gail Legband.
Funeral services are scheduled for 10 a.m., Wednesday, Nov. 8, 2017, at the Metz Chapel in York, with the Reverend Luke Haidle officiating. Interment to follow at Pleasant Hill Cemetery, north and west of Benedict. Visitation will be held between the hours of 1-8 p.m., Monday and 9 a.m.-8 p.m., Tuesday, with the family greeting friends from 6-7:30 p.m., Tuesday evening at the mortuary.

​Memorials may be directed to the family for later designation.