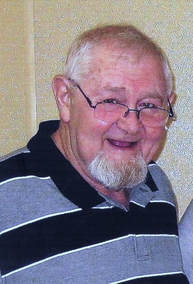 Danny was a retired dispatcher for Sunflower Carriers in York. He was a member of the VFW and American Legion Post in Missouri. He was a wood worker, making clocks and furniture with recycled wood. He was a gunsmith, enjoyed fishing, making homemade wine, and was an avid gardener. He enjoyed his family, and especially the time he spent with his grandchildren.

He is survived by his brother Donald Statler of Peoria, IL and sisters Paulette Statler of Mustang, OK and Mary Ann Tipton of St. Louis, MO, many nieces and nephews.

He was preceded in death by his parents, and grandson’s Jared Blundell and Kenton Lee Nacol.

It was Danny’s wish to be cremated and have a family gathering in the future to celebrate his life. Memorials may be directed to the family.