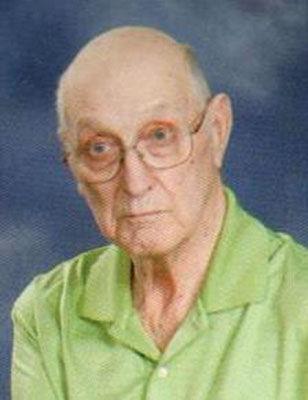 Dan Kirkpatrick, age 80, of York, died Thursday, Dec. 18, 2014.  He was born in York on May 8, 1934 to Clinton and Nellie (Clark) Kirkpatrick. He was a graduate of York High School and a Class B state track and field pole vault champion.

After serving two years in the Army, Dan married Dorothy Sullivan in Utica on Dec. 28, 1957 in a double wedding ceremony with Gerald and Carmen Beaver. Dan was a York area farmer and in his later years was an employee of Sundstrand Aviation in York. He was a member of St. Joseph Catholic Church and the Knights of Columbus.

Dan loved his time with family and sharing stories passed along the generations. He also enjoyed playing golf, fishing and was an avid cook. He especially liked to grind his own hamburger and sausage but was best known for his pumpkin and fruit pies during the holiday season and throughout the year. He looked forward to drinking coffee daily with the morning coffee crew.

A Mass of Christian Burial will be held at 10 a.m. Tuesday, Dec. 23, 2014 at St. Joseph Catholic Church in York with the Reverend Monsignor James Reinert officiating. Interment will be in St. Joseph Cemetery. A Rosary will be said Monday evening at 6:30 p.m. at Metz Mortuary. Visitation will be from 1-9 p.m. Sunday and from 9 a.m. - 9 p.m. Monday with the family greeting friends one hour prior to the Rosary.

Memorials may be directed to the church or St. Joseph School. ​