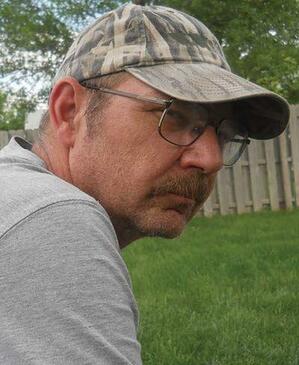 He was born May 25, 1961 at Fremont to Jack L and Pearl (Timmerman) Taylor. Dale was employed at Even Temp at Waco for 14 years, Champion Home Builders for a few years and then worked at Caseys north as well. He enjoyed fishing and all of his grandchildren’s activities. On May 13, 2005 he was married to Sherry Collingham at York.

He is survived by his wife, Sherry of York; his son, Dale R. Taylor and his fiance’ Shilla Rouse of York; step-son, Shannon and his wife, Leah Golden of White Cloud, Minn. His grandchildren include, Devi Taylor of York, Lilly Golden and Alena Golden all of White Cloud, Minn. His brothers, Gail Taylor of York, Delaine Taylor of Fremont, Timothy and his wife Jessica Taylor of York. Also surviving are his sisters, Roberta Houck of Wilber and Bernadine Steele and her fiance’ Michael Williams of York and his mother Pearl Taylor also of York and other family and friends.

He was preceded in death by his father; his brother, Dewayne and his sister, Beverly Taylor.

A Memorial service will be held at 2 p.m. on Thursday, July 14, 2016 at the Metz Chapel in York. There will be no viewing or visitation as it was his wish to be cremated. A private inurnment will be held at a later date. Memorials may be directed to the family for later designation. ​