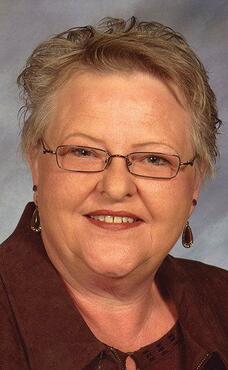 Cora Kay (Peters) Friesen, 66, of Henderson, was born on Sept. 9, 1950 to John A. and Elisabeth Peters of Hampton. Kay passed away on July 21, 2017 in Aurora. Kay was a graduate of Hampton High School in 1968 and married soon after. From that marriage three children were born, Holly Kay, Nathaniel Dean and Dustin Dean. Kay was a member of Bethesda Mennonite Church and was baptized in Henderson on Dec. 25, 1966 by Rev. Walter H. Dyck. Kay spent her life cooking, gardening and enjoying family and friends. Kay along with her husband owned the Essen Haus restaurant in Henderson where her passion for cooking flourished. After selling the restaurant, Kay worked as a cleaning lady for 25 years where she cleaned houses for clients who were more like family than employers. Kay also enjoyed antiquing, junking, had an eye for decorating and always had a project she was working on around her house or yard.

Family and friends may attend the visitation at Metz Mortuary in Henderson on Wednesday July, 26 from 5 – 9 p.m., with family greeting friends from 6 – 8 p.m. that evening. Memorial services will be held at 2 p.m. on Thursday, July 27, 2017 at the Bethesda Mennonite Church Fellowship Hall, Henderson, due to construction. Private family inurnment will be held at a later date. Memorials may be directed to the family for funeral expenses.
Condolences may be emailed to Metz Mortuary Messages will be given to the family.
Find our featured Mortuary in Family Services, Funeral Services and Grievance Services featured as a York, Nebraska Business in York Marketplace.
Location: Metz Mortuary | 109 South Lincoln Ave | York, Nebraska 68467 | Phone: 402-362-3351