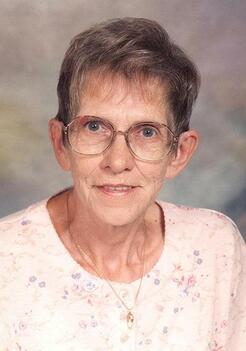 She was born Aug. 16, 1936 near Henderson to Henry H. and Lucinda (Peter) Epp. She was baptized at the age of 12 at St. Peter Lutheran Church and later that year was confirmed there as well. She was presently a member of Faith Lutheran Church in York. She was united in marriage to Claude Wendell Ashbaugh on Oct. 28, 1955 at Hampton.

Cora Lee loved to cook, bake, read and take walks. She was an avid fan of Elvis Presley and his music. Cora Lee enjoyed all kinds of sports and was a big fan of the Nebraska Cornhuskers. She enjoyed playing Bingo and having morning coffee with her friends at Pump and Pantry.

Funeral services will be held at 10 a.m. Wednesday, April 6, 2016 at Faith Lutheran Church in York with the Reverends Heath Trampe and Paul Kern officiating. Interment will be in the St. Paul Cemetery, northeast of York. Visitation will be from 1-9 p.m. Monday and from 9 a.m. - 9 p.m. Tuesday at the mortuary. The family will greet friends Tuesday evening from 6 - 8 p.m.

Memorials may be directed to the family for later designation. ​
Condolences may be emailed to Metz Mortuary Messages will be given to the family.