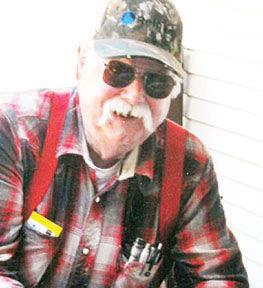 He was born on March 26, 1931 on a farm outside of Waco to Irene Dietsch and Earl Sheets.

He married Ruth A. Breitenstein on Dec. 31, 1951. They were married for over 65 years before his passing.
He went to a country school east of Waco and graduated from Bradshaw High School in 1949. Clark and Ruth moved to California in 1953 and then to Grand Junction in 1993. His interests included motorcycles and traveling. He did various jobs over the years, retiring from Rockwell North America (now Boeing) in 1988. After retirement, Ruth and Clark traveled extensively.

He is survived by his wife Ruth of Grand Junction; daughter, Rebecca A. of Castro Valley, Calif.; son, Anthony “Tony” C. of Grand Junction; half-brothers, Wayne of Odessa, Mo. and Jim of Kansas City, Kan.; step-brothers, Vyrle Dietsch of Park City, Mont. and Duane Dietsch of Valencia, Calif.; three grandchildren and many nieces and nephews.
​
Graveside services will be held at 10 a.m. Saturday, May 20, 2017 at Greenwood Cemetery, York. Visitation will be held from 1 – 8 p.m. on Friday, May 19 at Metz Mortuary, with family greeting friends from 6 – 8 p.m. that evening. In lieu of flowers, memorials may be directed to the American Cancer Society.