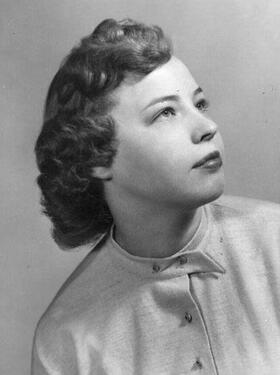 She was born Oct. 13, 1932 in Cozad to Glen and Frances (Jergensen) Rose. She attended nursing school at Lincoln General Hospital, graduating on Sept. 4, 1953. Charlotte was married to Vernon Lee Hall on June 7, 1954 in Lincoln.

Charlotte worked as a registered nurse at York General Hospital from 1954-1957. She then took time off from nursing to raise her family and to help her husband on the farm. In 1975 she returned to nursing, working at Fairview Manor in Fairmont. In 1990, she received the “Nurse of the Year” award from the Southeast District of the Nebraska Health Care Association. She retired from nursing in 1993 to care for her terminally ill husband. Following his passing, she remained active with her family, friends, church and community. Charlotte loved to travel and enjoyed many trips.

Left to cherish her memory are her children, Marvin Hall of Norfolk, Gordon (Julie) Hall of McCool Jct., Kevin (Pam) Hall of McCool Jct., and Deanna (Andrew) Campbell of Bellevue; nine grandchildren; five great-grandchildren; numerous extended family members and friends. Her frequent smiles, quiet kindness and thoughtfulness will be remembered. She was a loving daughter, sister, wife, mother, grandmother and great-grandmother. We will all miss her dearly!

Charlotte was preceded in death by her parents; husband and sister, Berniece (Rose) Sandell.

Funeral services will be held at 10 a.m. Monday, Sept. 14, 2015 at the United Methodist Church in McCool Jct. with the Reverend Ralph Gaines officiating. Interment will follow in Pleasant Ridge Cemetery in McCool Jct. Visitation will be from 1-9 p.m. Saturday and Sunday at the Mortuary. Memorials may be directed to the family for later designation.​