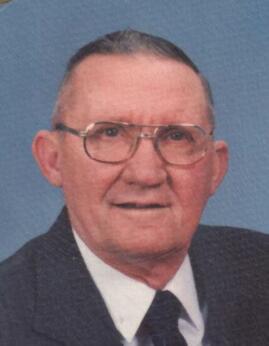 He was an Army veteran who proudly served his country. His favorite song was Kate Smith’s rendition of “God Bless America.”

Charlie was a woodworking artisan who created many keepsakes and made-to-order furniture for friends and family. He especially enjoyed playing cards and was a pitch player extraordinaire. Until his later years, he was an avid hunter.

Survivors include son, Doug Nichols and wife Linda of Lincoln; daughter, Cheryl Tobin, husband Robert, and their son and Charlie’s beloved grandson, Clayton of Lincoln; sister, Donna and husband Harry Hoffman of LaVista; Clarence and Arthur Novacek of Bruno and many nieces and nephews.

He was preceded in death by his parents; wife, Rose Marie; son, Steve; and sister, Doris Fassler. He also leaves behind many friends and neighbors who brightened his life and helped him live out his last days peacefully, for which his family will be eternally grateful.

Memorial services will be held at 1 p.m., Saturday, Feb. 27, 2016 at Metz Mortuary in York. Private family inurnment will take place in the Plainfield Cemetery in Bradshaw. Memorials may be directed to the Bradshaw Volunteer Fire Department.  ​