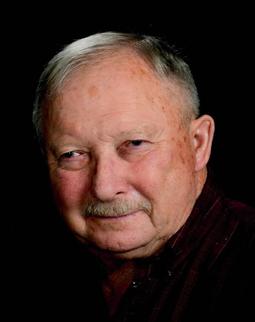 Charles (Chuck) Richard Peterson, age 77, of York, died Thursday, May 10, 2018 in Lincoln, NE. He was born July 22nd, 1940 in Benedict to Ralph and Martha (Belcher) Peterson. He graduated from Benedict High School and attended the University of Nebraska-Lincoln, before returning to Benedict to farm. He continued as a steward of the soil and a cattleman until his retirement. In 1961, he married Barbara Blum. To this union was born one child, Tammy Lynn. In 1981, he married Miriam (Jones) Hecox, and gained three more children, Dan, Angela, and Scott.

Chuck served for many years on the boards of the Benedict Co-op and the Pleasant Hill Cemetery. Chuck loved to travel and was pleased to have visited 60 foreign countries and driven in all 50 states. He loved to play bridge and spent many an hour in competition with friends.

He was preceded in death by his parents, grandchild Alexander James Hecox, and brother-in-law Bob Strother.

Services will be held at 10:00 am, Monday, May 14, 2018 at Metz Mortuary in York. Cremation, No viewing or visitation. A lunch and gathering for all will be held at the Community Building in Benedict, following the service. A private burial will be held at a later date. In lieu of flowers, memorials may be directed to the Kilgore Memorial Library or the York Community Foundation.