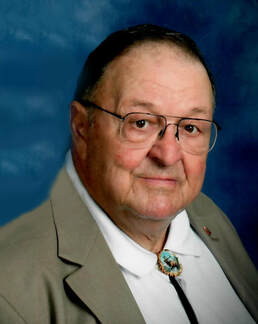 Charles Roger Jacobsen was born to Arthur and Edna (Halverson) Jacobsen on August 7th, 1936 at home on the family farm south of McCool Junction, and passed away January 9, 2019 at Hearthstone in York, Nebraska. He was one of seven children. On June 9, 1957 he was united in marriage to Joan Teaford at the McCool Junction United Methodist Church.

"Chucker the Trucker" as he was known by many, earned his reputation by dedicated service to his customers. His trucking life started with McAllister Transfer and later Bee Line Motor Freight. His impeccable safety record for forty years and countless testimonials about his service were unparalleled, as was his big wave should he meet someone he knew on the open road. Upon retirement, he delivered fertilizer for McCool Fertilizer, where he made many new acquaintances and lifelong friends.

As his professional trucking days geared down, he found a new passion that he could share with the love of his life, his wife Joanie. Their motor home travels together created many new adventures and friends. Trips to Rexford, Montana and Coolidge, Arizona were annual events. A later Caribbean cruise with family provided a less stressful way of transportation. When he was back in McCool, he could be seen frequenting the town on his golf cart, policing the village and carrying on conversation with his friends and neighbors. He also was a regular at McCool Junction Mustang sporting events, where he was his grandchildren's number one fan and loved to support his alma mater, of which he had many fond memories and accolades as a football, basketball, and track athlete.

Chucker also had many crafts and hobbies that occupied his post truck driving days, which included but
were not limited to woodworking (about everyone in McCool has one of his wooden bowls), leather
working (belts and holsters were his specialty), antique collecting (way too many to list), and lawn and garden perfectionism (If you didn't believe it just ask him, he wasn't afraid to inform you of his accomplishments). His ability to brew craft beer and share it with his friends and family may have been twenty years ahead of his time.

Chucker's life touched and influenced so many. Countless family members either fished or hunted with Chucker. Most times the common bond was Joanie, world's best cook and provider. He loved taking family members to Merritt Reservoir, Harlan County Reservoir or any lake that had the possibility of at least one fish. Chucker never came home with stories of the big fish that got away. He was a master angler and enjoyed giving his friends and family a good ribbing, by letting them know that. He loved sharing his expertise with those closest to him in life. He brought the love of wildlife to many whether it was by training hunting dogs, or teaching those famous fishing techniques to those he cared most about. Cheri, Kim and countless others he loved were the beneficiaries of this.

He loved his involvement in many state and local associations as a member of the Teamsters Union, National Rifle Association, York Elks lodge, Pheasants Forever, McCool Village Board and as a lifelong member of the McCool United Methodist Church where he especially cherished his relationships with Pastor Ralph Gaines and Pastor Jeff Adams.

He loved his God and his church, his wife and family, his friends, his country, his community and school. He was preceded in death by his parents; brothers Dean, William (Bill), Jim, and Robert; and sister Janet McCormick,  brother in law Jim McCormick, Sisters in law Dorthy (Dots) Jacobsen, Glenda Jacobsen, Elaine Jacobsen and Vicky Jacobsen. His is survived by his wife and soul mate of 62 years Joan (Teaford) Jacobsen; sister Pat and husband Arlo Kranau, daughters Cheri and husband Paul Underwood, and Kimberly Jardine; grandchildren Ryan Underwood, Ben and wife Maddy Underwood, Molly and husband IsMatt Niazi, Tara and husband Seth Vredenburg, Kate Jardine, and Erin Jardine; and great-grandchildren Ike Vredenburg and GiGi Underwood.

Funeral services are scheduled for 10:30 AM, Monday, January 14, 2019 at the First United Methodist Church in York with the Reverend Ralph Gaines officiating. Chucker will be cremated following services. Private family inurnment will be held at a later date at the Pleasant Ridge Cemetery east of McCool Junction. Visitation will be held from 1:00 – 8:00 PM Saturday and Sunday, with the family greeting friends from 4:00 – 6:00 PM Sunday evening at the mortuary in York. Memorials may be directed to the family for a later designation.