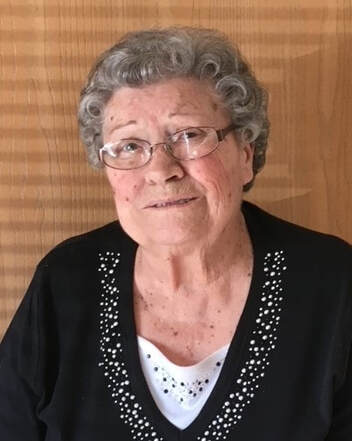 Charlean was a farmwife and homemaker. She was the last member of the Hi Neighbor Club in Bradshaw, was a co-leader of Jim Dandies 4H club, and a member of the Bradshaw American Legion VFW. Charlean and her husband frequented the Senior Citizens Clubs in Bradshaw, Hampton, Aurora and York. She enjoyed African violets, gardening and cooking.

​She is also survived by her sister Shirley Perrin of CO, sister-in-law Nancy Arent of Yorktown, TX, many nieces and nephews and other family and friends.

Funeral services are scheduled for 10:00 a.m., Saturday, November 12, 2022 at Bradshaw United Methodist Church in Bradshaw, NE, with the Reverend Greg Reed officiating. Burial will follow at Plainfield Cemetery west of Bradshaw. Visitation will be held from 1-8 p.m. on Friday, November 11, with the family greeting friends from 6:30-8 p.m. that evening, all at Metz Mortuary in York. Memorials may be directed to Bradshaw United Methodist Church or Plainfield Cemetery Avenue of Flags.

​Charlean’s family would like to thank the staff from Legacy Square and Henderson Health Care for the excellent care they provided her for the past several years.