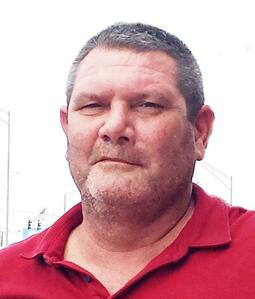 He was born Oct. 15, 1971 in York to Larry and Sandra (Lee) Kramer. Chad was married to Chrissy Evans, and they were married in Kentucky. He served his country for 24 years in the Army as a Staff Sargent. Chad was an ardent fisherman, was a history buff, and enjoyed working on old cars.

Chad is survived by his wife, Chrissy of Shawnee, Kan.; daughters, Jenna Kramer and Julia Evans, of Shawnee, Kan.; mother, Sandra Kramer, of Gresham; sister, Missy (Dave) Rixstine of North Platte; brother, Jeff (Jodi) Kramer of Gresham and sister, Tracey (Antonio) Sotelo of Chandler, Ariz. Chad is also survived by many aunts, uncles, cousins, nieces, and nephews. He was preceded in death by his father.

Funeral services will be held at 10 a.m. Wednesday Nov. 16, 2016 at Metz Mortuary, York, with the Reverend Dave Martell officiating. Interment with Military Honors will be in the Greenwood Cemetery, York following services. Visitation will be from 1 – 8 p.m., Tuesday Nov. 15, 2016 at Metz Mortuary in York with the family greeting friends one hour prior to services Wednesday morning. Memorials may be directed to the family for later designation.​