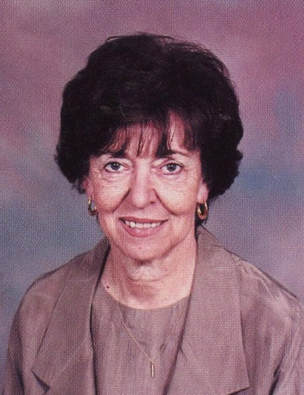 Carol L. Toms, age 82 of York, NE died Saturday, September 29, 2018 at York. She was born April 24, 1936 in Columbus, NE to Leonard and Mildred (Uridil) Vavrina. Carol was united in marriage to Dr. Paul Toms in 1954. She graduated from Hastings College, where she earned a degree in education and was an elementary teacher at York Public Schools.

Carol was a member of St. Joseph Catholic Church and was a member of the altar society. She was also involved in the Yorkshire Playhouse, York General Hospital Auxiliary, and Relay for Life. She enjoyed music and fine arts, was an avid reader, loved to travel and shop.

She is survived by her daughter Sue (Dr. Ken) Heinz of Weeping Water, NE and grandchildren: Michael (Kim) Heinz of York, Celeste Heinz of Ashland, NE, and Nathan Heinz of Lincoln. She is also survived by her brother Dick (Sonnie) Vavrina of Edmond, OK, brother-in-law Tommy (Adaire) Toms of York, sisters-in-law Jane Bovey of Kearney, NE and Linda Toms of York, and several nieces and nephews.

She was preceded in death by her parents, husband, daughter Tammy, brothers-in-law Bill Bovey and Art Toms.

A Mass of Christian Burial will be held at 10:00 AM, Thursday, October 4, 2018 at St. Joseph Catholic Church, York. Inurnment will follow at Greenwood Cemetery, York. A rosary will be said at 6:30 PM, Wednesday, October 3, 2018 at Metz Chapel, York. Family will greet friends after the rosary. Cremation, no viewing. Memorials may be directed to Yorkshire Playhouse.

Condolences may be left for the family at www.metzmortuary.com. Metz Mortuary in York is handling arrangements.