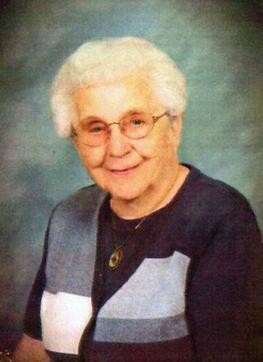 She was baptized into Christian faith on April 20, 1924 by Reverend Bollman at Zion Lutheran Church, Benedict. She was confirmed April 5, 1936 at Zion by Reverend Mortenson and was still a member there at the time of her death.

She attended Benedict Public Schools and graduated valedictorian of her class in 1940. In October 1942, Carol began working for Drs. King and Harry at the York Clinic. Following the death of Dr. King in 1943 she went to the Bell Clinic with Dr. Harry in January 1944, where she became office manager and worked for over 43 years, retiring in January 1987. Carol was an avid bowler and loved spending time with her family and friends. Carol cherished times spent with family and meeting friends for coffee and helping others.

Carol was preceded in death by her parents; her brother, Charles Bittinger and his first wife Luci Jane (Scamehorn); great nephew, Travis Joseph Bittinger, along with sisters and brothers-in-law, Mercedes (David) Watson and Evelyn I. (George) Folts and a very special friend, Eunice Troester.

Funeral services are scheduled 10 a.m., Monday, Dec. 19, 2016 at Zion Lutheran Church at Benedict with the Reverend Kim Belken officiating. Burial will be in the Stromsburg Cemetery. Visitation will be held from 1-8 p.m. Sunday with her family greeting friends from 4-6 p.m. that same evening at the mortuary.

Memorials may be directed to her family for later designation.​