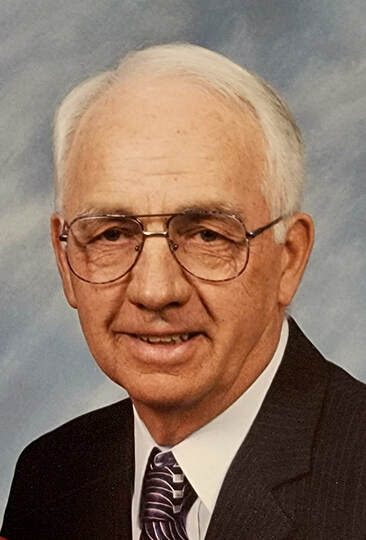 Carl graduated from Henderson High School in 1946. Carl attended Bethesda Mennonite Church in Henderson with his family and upon his confession of faith was baptized in 1945 by Rev. A.W. Friesen. He was an active member of Bethesda for the rest of his life.

On August 20, 1948, Carl was married to Dinah Irene Peters at the Bethesda Mennonite Church. They celebrated 66 years of marriage and were blessed with six children. Carl and Dinah loved spending time with their children, grandchildren, and great grandchildren. They attended as many of their activities as time allowed. Carl was known by all of the family for his special ability to design, build or fix almost anything, from simple household items to buildings and equipment, and to solve “how to” problems that seemed to others unsolvable. He spent many years as a 4-H leader. Dinah and Carl loved to sing and shared the love of gospel music. Together they sang with Dinah’s sister DeLorris and her husband Leo Huebert and later with Carl’s brother Marvin and his wife Cora Siebert. They sang at many funerals and other church functions. The children have fond memories of them singing “How Great Thou Art.” Carl sang with the men’s choir in Church for most of his adult life.

Dinah and Carl retired in Henderson after enjoying life on the farm for many years, and in retirement were very active in founding and developing the Henderson Mennonite Heritage Park. The extended family visited often and the house was often overflowing with good food, fun and family.

Carl looked forward to being with his Lord and was grateful for the great care he received from his family, hospice and Henderson Health Care Services and Legacy Square.
​
Graveside services will be held at 9:15 am Saturday, August 20, 2022  at Bethesda Cemetery northeast of Henderson, with Memorial Services to follow at Bethesda Mennonite Church in Henderson at 10:00 am. Visitation will be from 1-9 pm Friday with his family greeting friends from 7-9:00 pm that evening at the mortuary in Henderson.  Memorials may be directed to Bethesda Mennonite Church,  Henderson Health Care Services and Henderson Mennonite Heritage Park.