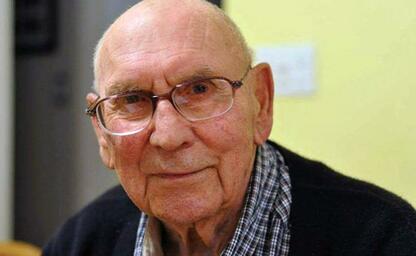 He is preceded in death by his wife, parents and eight siblings.

Funeral services will be held at 2 p.m., Friday, Jan. 27, 2017 at Metz Chapel with Pastor Lyle K. Schoen officiating. Interment with military honors will follow at Greenwood Cemetery, York. A lunch will be provided after the interment at the Elks Club in York. Visitation will be from 1 – 8 p.m. Wednesday and from 9 a.m. – 8 p.m. Thursday, with the family greeting friends from 5 – 7 p.m. Thursday evening at Metz Mortuary. Memorials, in lieu of flowers, may be directed to the Elks Christmas Charity or York Adopt-A-Pet.​