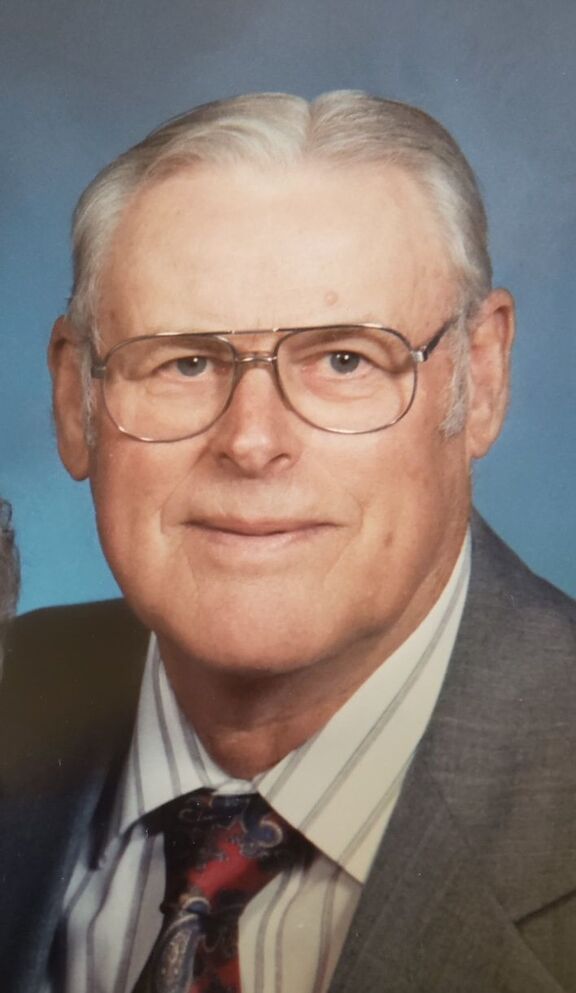 Carl D. Peters, age 97 of Henderson, NE  died August 1, 2022 in Henderson.  He was born November 23, 1924 in Henderson to Daniel E. and Anna (Thieszen) Peters.  He attended school in District 33 until 8th grade, 2 ½ years of High School and 2 years of Bible School. He was baptized on his profession of faith and was a life-long member of Bethesda Mennonite Church.  On February 21, 1946 he married Bertha Regier and they shared 63 years together.  They had one son Joe and adopted a daughter Linda.

His first job was feeding chickens in the Henderson Hatchery for his Uncle Gus Thieszen. Carl enjoyed farming.  He raised a variety of crops, beef cows, chickens and did some custom work.  In his retirement years he helped several local farmers with field work and harvest.  Carl sold German Farmers Mutual Insurance, served on the local Co-op board, was involved with MDS and MCC Meat Canner, and a volunteer at the MCC in PA. He was very active in the church. Together with Bertha they spent time in Akron doing Voluntary Service and were active in the Senior Center in Henderson.  He enjoyed traveling and his other hobbies included woodworking and gardening.

One of Carl’s greatest treasures were his children, Grandchildren and Great grandchildren.  He was a great prayer warrior, naming each of them in his daily prayers.  His greatest desire was that each would have a personal relationship with Jesus.
On December 5, 2009 he married Ella Hofer, whom he shared 7 years with.

Carl was preceded in death by his parents Daniel and Anna Peters, In-laws John A. and Nettie Regier, wives Bertha and Ella, sister Martha & Irvin Hiebner, and infant sister Selma, Sister-in-laws Pansy & Frank Janzen, Irene & Arnold Friesen and Brother-in-law James and Evelyn Regier.
​
Memorial services will be held at 10:30 a.m., on Saturday August 13th, 2022, at the Bethesda Mennonite Church, Henderson NE with the Reverend Andrea Wall officiating. Cremation. No viewing. However, visitation will be from 1-9 p.m., on Friday, August 12th at the mortuary in Henderson, with the family greeting friends from 7-9 p.m. Memorials may be directed to;  the MCC, Bethesda Mennonite Church, Tabitha Hospice or the Nebraska Children’s Home 3549 Fontenelle Blvd, Omaha NE 68104.