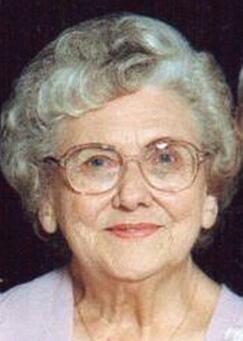 Camelia was a nursing cadet for WWII, but was not called to active duty. She had worked for the family businesses, Radcliff Produce and The Yellow Cab Company. For many years she was a nurse at York General Hospital.

She was a member of First Christian Church in York where she had taught Sunday School, a member of the VFW Auxiliary and was known for always being there for her relatives.

She is survived by her daughters, Karren Radcliff of York and Mary Charlton and her husband Dale of York; grandson, Jeffrey Charlton and his children Gabriel Dean Charlton and Jakob Keefer Charlton of Elkhorn.

Funeral services will be held at 2 p.m. on Wednesday, June 1, 2016 at First Christian Church in York with Pastor Penny Schulz officiating. Burial will follow in Greenwood Cemetery, York.  Memorials may be directed to the church or to the family for later designation. Visitation will be held on Tuesday from noon – 9 p.m. with family greeting friends that evening from 6:30 - 8 p.m. at the mortuary.​