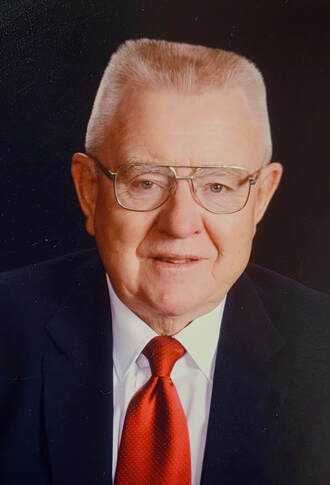 Burton was a long-time member of the St. John’s Lutheran Church and Lutheran Laymen’s League and served as Zone 6 chairman.  He proudly served our country in the United State Naval Reserves active duty and was a member of the Utica American Legion. He was on the Centennial Board of Education for 16 years, the Waco Co-Op Board for many years, held church offices and was on the Centennial Foundation Board.

He was a lifelong farmer raising crops, cattle and hogs and he was the State Director for York County for Pork Producers and member of York County Feeders Association. He spent many years as a 4-H leader, baseball and softball coach and umpire.

He was preceded in death by his parents, his parents-in-law HR and Bertha Blum, and his son Todd Hoffschneider.
​
Funeral services are scheduled for 10:30 a.m., Monday, June 6, 2022 at St. John’s Lutheran Church, Waco with the Reverend Matthew Mau officiating. Burial with military honors will follow at St. John’s Lutheran Cemetery, Waco. Visitation will be held from 1-8 p.m. on Sunday with the family greeting friends from 4-6 p.m., all at the mortuary. Memorials may be directed to Lutheran Hour Ministries, Mission Central, Orphan Grain Train or St John’s Lutheran Church.
​
​Condolences may be emailed to Metz Mortuary Messages will be given to the family.
Find our featured Mortuary in Family Services, Funeral Services and Grievance Services featured as a York, Nebraska Business in York Marketplace.
Location: Metz Mortuary | 109 South Lincoln Ave | York, Nebraska 68467 | Phone: 402-362-3351