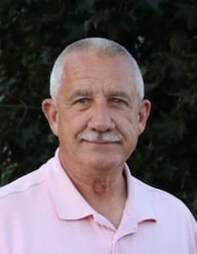 Bruce L. Hudson, age 66 of Bradshaw, NE, died Sunday, April 10, 2022 in Osceola, NE. He was born on January 11, 1956 to Don and Sharon (Agsten) Hudson in Central City, NE.  He grew up and spent his entire life in rural Polk, NE. He graduated from Polk High School in 1974 and after graduation he began his life-long farming and cattle career. On October 4, 1975, he was united in marriage to Wendy Redman at Trinity Lutheran Church in Polk. To this union three children were born: Cameron, Caryn and Christa.

He was baptized and confirmed at the Polk United Methodist Church. After marrying Wendy, he became a member of the Polk Trinity Lutheran Church where he served on the church board. He then joined the Aurora Messiah Lutheran Church in 2013.

Bruce spent most days farming and attending his grandkids’ activities. He enjoyed watching and cheering them on during their many events.  He never knew a stranger and was a generous and helpful friend to all. He was always the last one to leave any social event as he enjoyed visiting with everyone.

Bruce is survived by his wife Wendy of Polk, his children Cameron (Holly) Hudson of Aurora, NE, Caryn (Troy) Saulsbury of Kearney, NE, and Christa Hudson of Grand Island, NE, his grandkids Kassidy, Cooper and Hadley Hudson, Asher and Alexia Saulsbury. He is also survived by his father and mother-in-law Ralph and Marsha Redman of Polk, his siblings Scott (Deb) Hudson of Polk, Monte (Chris) Hudson of Lincoln, NE and Bonnie Dunn of Stromsburg, NE, his aunt Norma Schenkel of Lincoln, NE, his uncles Dick (Gene) Hudson of Midland, SD, Lee (Molly) Agsten of San Diego, CA, as well as many nieces, nephews, cousins, in-laws and friends.

He was preceded in death by his parents Don and Sharon Hudson, his grandparents, and brother-in-law.

Memorial services are scheduled for 10:30, Thursday, April 14, 2022 at Messiah Lutheran Church in Aurora, NE, with the Reverends Rudy Flores and Cory Burma officiating. Graveside services will then be held at 2:00 pm Thursday at the Arborville Cemetery southeast of Polk. Bruce has been cremated so there will be no viewing however you may sign his register book at the mortuary from 1:00- 8:00 pm on Wednesday. His family will greet friends and neighbors from 5:30-7:30 that same evening at the mortuary in York. Memorials may be directed to the family for later designation.
​
​Condolences may be emailed to Metz Mortuary Messages will be given to the family.
Find our featured Mortuary in Family Services, Funeral Services and Grievance Services featured as a York, Nebraska Business in York Marketplace.
Location: Metz Mortuary | 109 South Lincoln Ave | York, Nebraska 68467 | Phone: 402-362-3351