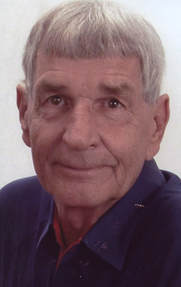 Bruce Horn, age 80, of York, NE died Tuesday, April 10, 2018 at York, NE.
He was born April 6, 1938 at Holdrege, NE to Vernon and Donna (Radcliff) Horn and was a member of the First United Methodist Church in York. He graduated in 1955 from Meadow Grove High School before attending college at Dana for one year. Early in his career he worked for Dobson Brothers Interstate Construction from Omaha. He then worked at York Foundry from 1963-1985 before joining Agri Products in 1985 – 1994. From 1994-2004 he started York Lawn and Fence before retiring.
Bruce was previously married to Bev Kracke but was later divorced. On June 18, 1977 he was married to Connie Wullenwaber at York.
He loved all sports especially golf, his family, children, grandchildren and his wife Connie. An avid outdoorsman, he also enjoyed doing yard work.
Bruce is survived by his wife Connie of York, his daughter Kelly (Allen) West of Weatherford, TX,son Kirby Horn of Washington State, daughter Shelly (Stephen II) Falkinburg of Lincoln, NE., and son Shane (Catrina) Horn of York.
His grandchildren include; Lucas, Larinda, Lance, Justin, Nicole, Alex, Hunter, Brinley, Mikayla and Lacey. Also surviving is one brother Roger (Joyce) Horn of Dover, Delaware and a sister JaNelle (Tom) Jones of Ashland, NE. Numerous nieces, nephews and a host of friends.
He was preceded in death by his parents, son Kip, his brother Doran, niece Kim Jones and a granddaughter Brianna.
Memorial services were held at 2:00 p.m., Monday, April 16, 2018 at the Metz Chapel in York. Cremation. Memorials may be directed to the family for later designation.