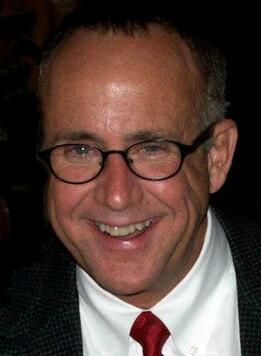 He was born to Reta Kilpatrick and Hardy Leggett on March 31, 1958 in York. Much to the surprise of everyone there were two babies, Brian and his twin brother, Brad.

Brian graduated from York High School in 1976 and went on to receive his bachelor degree at Hastings College.
In 1981 he joined his father, Hardy, in the financial and estate planning business, and a year later he married Diane Nash in Hastings, and soon Alyssa and Ashley joined the family.

He was a member of the First Evangelical Lutheran Church of York, past president of the York Economic Development Corporation, and was a life member of the Million Dollar Round Table.

Brian is survived by his daughters, Alyssa (Eric) White and their son Brecken of Kearney, and Ashley Leggett and her son, Declan, of York and her daughter, Peyton Kouma, of Seward; mother, Reta Leggett of Rio Rancho, N.M.; father, Hardy (Sally Ruben) Leggett of York; and twin brother, Brad (Carol) Leggett of Lincoln.

He is also survived by his sister, Matrissa Leggett of Rio Rancho, N.M.; Swedish brother, Martin Berglund and his family; his significant other, Jackie Walgren of York and her daughters Morgan, Taylor, and Hannah; along with several nieces, nephews, and many friends including his longtime friend and golf buddy Dave (Linda) Sjuts.
He was preceded in death by sister, Laurie, and his grandparents.

A gathering of friends will be between 4-7 p.m., Tuesday Sept. 12, 2017 at the York Country Club.
Cremation, no viewing or visitation.
​
Private family inurnment will be held at a later date.
Memorials may be directed to the York Community Foundation or to the Nebraska Children’s Home Society, 4939 S. 118th St., Omaha, NE 68137.