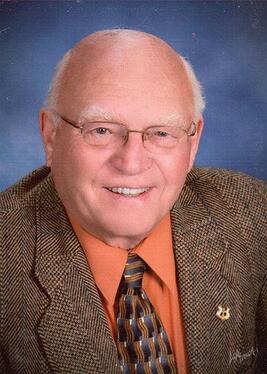 The third of five children, he was born to Chris and Margaret (Jensen) Oehlerich on April 23, 1932 in Luzerne, Iowa.  Bobby attended Lutheran parochial school through the eighth grade and graduated from high school in Keystone, Iowa in 1950. Always an active member of the Lutheran Church, Missouri Synod, he was confirmed into the faith at St. John’s Lutheran Church in Keystone.

Upon finishing high school, Bobby enlisted in the United States Air Force and received training as a Meteorologist. He was stationed in Erding, Germany with Detachment 9 of the 18th Weather Squadron.  While there, he met and married Ingabord Mullbach.  This union was blessed with three children, Christopher and twins, Robert and Helga.

After completing his service in the Air Force, he joined the National Weather Service and during 30+ years of service, was stationed in many locations including Buffalo, N.Y. and San Juan Puerto Rico. Upon retiring from the Weather Service, he returned to the Midwest to be close to his parents.

Bobby enjoyed being busy and besides traveling, visiting with Air Force buddies and being an active member of Emmanuel Lutheran Church, he enjoyed spending time at the York Airport. He even worked for and earned his private pilot’s license.

Time spent with family was also important and in addition to visiting his children in Texas whenever possible, he often made annual fishing trips with his siblings. Along with his brother, Don and sister-in-law, Kay he traveled to Europe on an extended vacation and visited the village in Germany where their father was born.

Memorial services will be held Thursday, Feb. 25, 2016 at 10:30 a.m. at Emmanuel Lutheran Church in York. Inurnment will be at a later date in the Ft. McPherson National Cemetery near Maxwell.  Memorials may be directed to the church. Bobby has been cremated so there will be no viewing. His family will, however, be present to greet friends from 6:30-8 pm Wednesday evening at the mortuary. ​