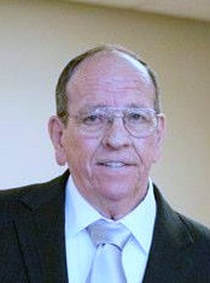 Billy Mac Beistline, age 75 of Lincoln, Nebraska died Saturday, April 21, 2018 in Lincoln.
He was born April 12, 1943 in Osborne, KS to Paul and Opal (Briney) Beistline. Billy served his country in the United States Navy and on November 22, 1964 he was married to Starlyn Lindquist in York.
A longtime member of the National Rifle Association and of the Nebraska National Rifle Team, he also enjoyed being a member of the American Legion Bolton Post #19 in York. He loved playing darts, being with his grandchildren and was an avid Jeep and Corvette admirer. His dog Harley was especially close to him.
He is survived by sons Brian Beistline and Cobin (Emily) Beistline both of Lincoln. His grandchildren include Alexander Thomson, Jackson Beistline and Lucas Beistline also of Lincoln. Several nieces, nephews, cousins and a host of friends.
He was preceded in death by his parents, wife, his daughter Meegan, his brother Phillip and sister-in-law Elaine.
Funeral services were held at 2:00 p.m., Wednesday, April 25, 2018 at the Metz Chapel with military honors in York with the Reverend Penny Schulz officiating. Private family inurnment will take place at a later date in Stromsburg, NE. Memorials may be sent to his family for later designation.