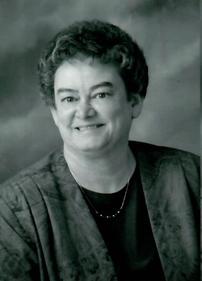 Billie Jean Matlock, age 71, of York, Nebraska, died Sunday, March 11, 2018 in York.
She was born April 7, 1946, in Holdenville, OK, to Clifford and Nellie J. (Holt) Blankenship; and was a member of the New Heights Assembly of God Church in York. On June 1, 1967, she was married to Gary Matlock in York.
Billie was a longtime Ward Clerk at York General Hospital. She collected dolls and Roy Rogers memorabilia, and loved to cook for her family and friends. She also loved her family, especially her grandchildren; and was a dog lover who thoroughly enjoyed her yearly trips to the Colorado mountains.
She is survived by her husband, Gary; and sons, Jay Matlock and Clifford (Jodie) Matlock, all of York; her daughter, Dana Matlock, of Aurora, CO; and grandchildren, Caitlin and Reagan Matlock of Waverly, NE. Also surviving is her mother, Nellie Blankenship, of York; her sister Debra (Dean) Zeman, of Rockdale, Texas; and her brothers-in-law Fritz (Tammy) Matlock, of York; and Harlan Matlock, of Laughlin, NV; sister-in-law, Jerlene Nielsen, of Stromsburg, NE; former sister-in-law, Barb Matlock, of St. Joseph, MO; and numerous nieces, nephews and a host of friends.
She was preceded in death by her father and parents-in-law.
Funeral services are scheduled for 10:00 am, Friday, March 16, 2018, at New Heights Assembly of God Church in York with the Reverend Lance Loven officiating. Burial will be in Greenwood Cemetery in York.
Visitation will be held from 1:00-8:00 pm on Wednesday and from 9:00 am - 8:00 pm on Thursday, with her family greeting friends from 6:00 pm - 8:00 pm Thursday at the mortuary. Memorials may be directed to the family for later designation.