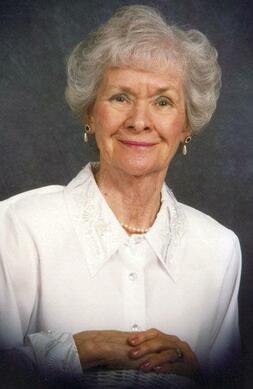 She was born on Jan. 3, 1922 in Valley to parents Robert McMurtry Growcock and Lena (Evelyn) Nelson. Beverly graduated from Valley High School in 1939, attended business college in Omaha, and then went to work for Union Pacific Railroad in 1940. She married James Francis (Frank) Price on June 19, 1943 shortly after he received his commission as an Ensign in the U. S. Navy. The couple honeymooned while traveling to the west coast where Frank shipped out for the South Pacific. Beverly lived in San Francisco, and worked for Southern Pacific Railroad while her husband was overseas. Frank returned for the christening on a new ship at Charleston Navy Yard in South Carolina in July 1945. Their first child James Byron was born in June 1945. Frank was discharged in October 1945, and the couple returned to York County where he started farming south of York. Beverly lived in York County 69 years. She loved ball-room dancing, playing bridge, being a farm wife, and helping others.

Beverly appreciated the Priests and Eucharistic Ministers who brought Holy Communion each week. The staff at Mahoney House provided wonderful care for Beverly the last years of her life.

Donations may be made to St. Joseph's School Guardian Angel Fund to help needy students in lieu of flowers.

A Mass of Christian Burial will be held at 10 a.m. Monday, Nov. 10, 2014 at St. Joseph Catholic Church in York with the Reverend Monsignor James Reinert officiating. Interment will be in St. Joseph Cemetery, York. A Rosary will be said at 6 p.m., Sunday, Nov. 9, 2014 at Metz Mortuary. Visitation will be held from 1-9 p.m. Sunday with the family greeting friends following the Rosary.​
Condolences may be emailed to Metz Mortuary Messages will be given to the family.